Home » The History of Artificial Grass

The History of Artificial Grass 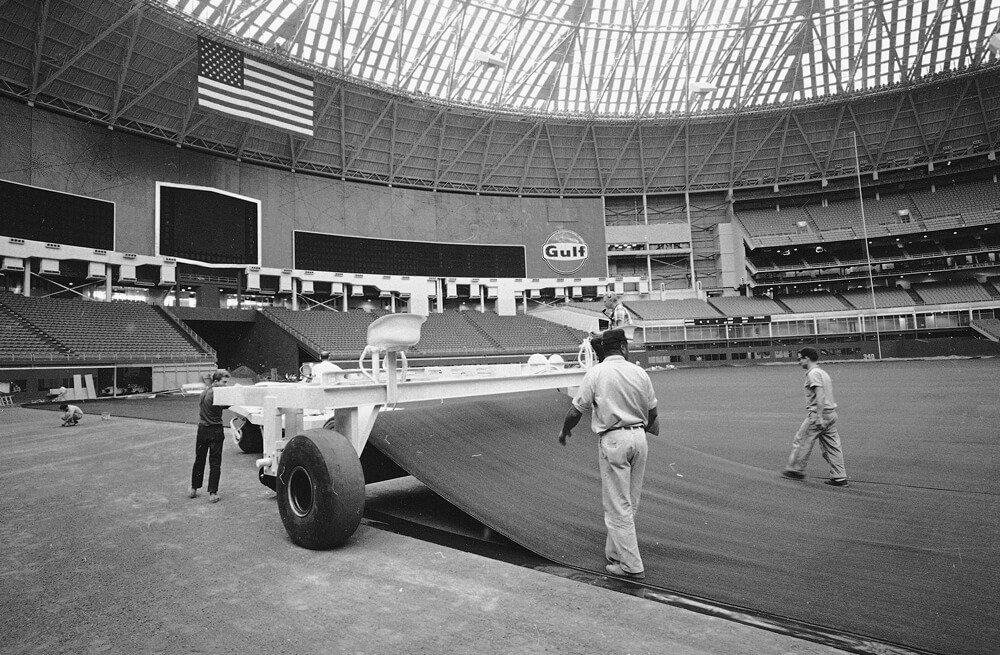 The History of Artificial Grass

Synthetic grass is nowadays used not only in sporting arenas but also in Irish homes, schools, creches, play areas, business chillout areas, pubs, resturants, sports areas and many more. The popularity of this material has been growing rapidly especially in the last decade. It comes mainly from the advantages of artificial grass of which there are many. Synthetic grass can be used not only as a surface for a pitch but also for a terrace or garden. But what is the history of synthetic turf? Where did it come from and what is it made of?

Artificial Grass – The Beginning Of Its Popularity

Synthetic grass began to be used in the 1960s. Its homeland is the United States of America where it was first made and used. The American scientist David Chana is considered to be the father of artificial grass. He was dean of the College of Textiles in North Carolina and led a team of scientists who created the first artificial turf. Today Chana is referred to as the man responsible for artificial turf pitches used for baseball.

The first purpose of synthetic grass was football pitches. The new invention was tested in 1964 to cover the recreation area in one of the schools in Rhode Island. The Astrodome in Houston was the first arena that decided to change the natural lawn for a synthetic one. After seeing that artificial lawn superbly replaced the natural grass more and more clubs began more willingly to reach for synthetic grass.

It must be admitted however, that the artificial lawn on the pitch did not immediately arouse the admiration of the athletes. Their dissatisfaction resulted mainly from the fact that artificial grass in the 1960s differed significantly from that available today. First of all, the surface on the field was put directly on to concrete. Secondly, the artificial grass on the pitch was hardly durable and its blades were extremely short. All this meant that any loss of grass caused considerable inconvenience when running and also serious injury in the event of a fall.

Fortunately, artificial grass today has little or no comparison with the grass developed at the beginning of its existence. New technologies have made it work great on a variety of sports fields far beyond just foootball or baseball.

The 1970s, 80s and 90s saw intense development of artificial lawns and extensive work on newer technologies to aid their production. During this period artificial grass gained longer stalks which were made of stronger material and look somewhat more natural. Producers of synthetic grass however still did not know how to bypass the concrete base which caused many problems for athletes. As a result the popularity of artificial grass on pitches decreased systematically. Even football clubs tempted by low maintenance costs did not want to risk injuries to players. The real breakthrough however occurred in the mid-1990s when new technology came into use. Thanks to what is known as the 3rd generation of artificial grass it finally began to more closely resemble natural grass. This caused a real boom in “carpet grass” which began to be used more and more in indoor stadiums.

Today this 3rd Generation artificial grass is used both in sports facilities and domestic settings. It is made of a flexible plastic primer which is protected by a layer of latex or polyurethane. The fibres are located in this layer and they may be nylon, polypropylene or polyethene.

The popularity of artificial grass in rolls results not only from its innumerable advantages but also from its attractive price. It is a relatively cheap surface that does not generate additional high maintenance costs.

Delivery is based on the size of roll and location of delivery as follows: